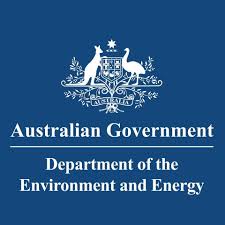 Most popular datasets by pageviews this month

Number of pageviews this month compared to last month

Number of users this month compared to last month

PLEASE NOTE: IBRA 4.1 is a historical dataset and has been superseded by subsequent versions. IBRA Version 4.1 is regarded as the best available GIS representation of the original IBRA Version 4.0 map presented in Thackway and Cresswell (1995). This product is referenced in the Determinations of Threatened Species under the New South Wales (NSW) Threatened Species Conservation Act (1995) made before March 2013.

IBRA regions represent a landscape based approach to classifying the land surface of Australia from a range of continental data on environmental attributes. The dataset is derived from data and information provided from State and Territory Nature Conservation agencies regionalisations and aggregated to 80 biogeographic regions for Australia. These biogeographic regions have been delineated, each reflecting a unifying set of major environmental influences which shape the occurrence of flora and fauna and their interaction with the physical environment.

Metadata Summary What is metadata?

Export metadata
Back to the top